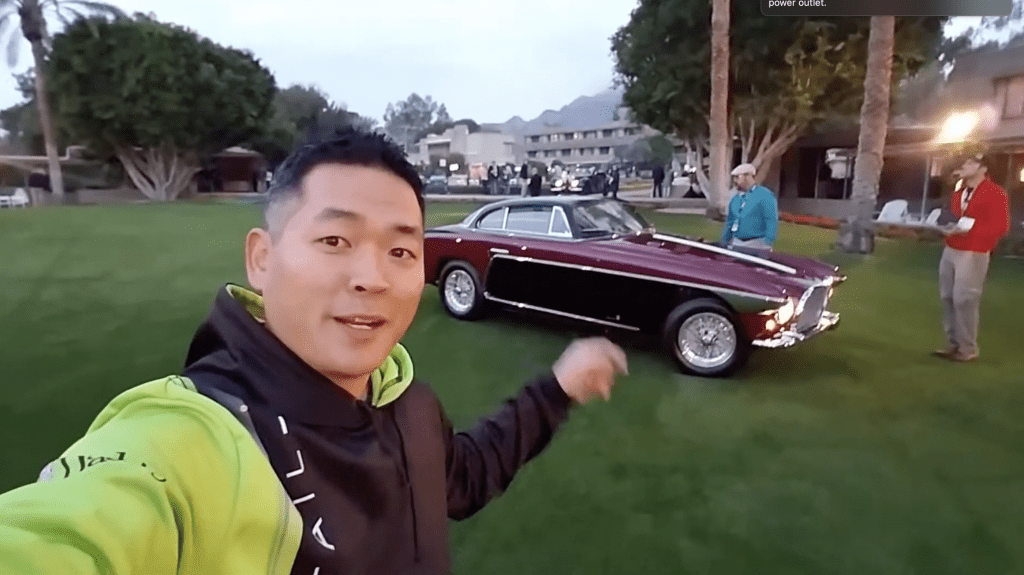 In the early morning hours of the Arizona Concours d’Elegance the grounds of the historic, Frank Lloyd Wright-inspired Biltmore Hotel has become a buzzing hive of anticipation and excitement as the purr and roar of engines fill the morning air with the sweet smell of exhaust and engine oil. Surrounded by a throng of car enthusiasts, experts, and aficionados that have all made the pilgrimage to one of the most highly regarded car shows of the country, there is a sense of awe and wonder that overcomes you in the weight of the history and reverence of a Concours d’Elegance.  This is no normal car show. This showcase of the rarest and exclusive vehicles in the world is a car collector’s mecca and the work that goes into preparing and detailing the cars is no less awe-inspiring as the first of these historic vehicles begin to make their way into formation.

Here is where Scott Nichols comes in. Past the gleam and shine of the pristinely detailed hood of a Bugatti 57 prepared by him and his crew at Distinct Detail, we see him behind the wheel. Scott gives a quick wave and a “how’s it going guys” before shifting his focus back to ferrying such a rare and astonishing vehicle to its place among the other equally breathtaking brethren in this collection of classic cars and connoisseurs.

Scott and his team at Distinct Detail have spent countless hours working to take this already mesmerizing Bugatti 57 to another level of amazement with their detailing and restoration work. The car sparkles in the morning light and almost seems to have an ethereal glow amidst its competitors for the elusive “best in show” award that can only be awarded to one of the plethoras of rare and ratified racers and touring cars seen at this remarkable event. Even if the Bugatti doesn’t manage to achieve the status of “Best in the Show” it certainly looks like it belongs in the winner’s circle thanks to Distinct Detail.

Watch the video below of Distinct Detail getting ready for Arizona Concours.

Read this article on Medium!

Detailing Collector Cars: Behind the Scenes with Scott of Distinct Detail